If you close your eyes and try to picture what paradise would look like, chances are you’ll be imagining Tuamotos. Small islands and atolls covered in sandy beaches and palm trees, surrounded by vibrant coral reefs filled with fish. It is also very easy to have close encounters with sharks in Fakarava. The video here gives you a small taste of how we enjoyed it.

The sail from the Marquesas was thrilling, filled with tense moments where we had to weave around and in between squalls passing by. We were looking forward to relaxing in the Tuamotos, but got an even more anxiety filled arrival than expected. We were very close to copying Thor Heyerdahls landing on Raroia (for those of you that don’t know: he shipwrecked there). On the day we were due to arrive, my brother woke me up and told me that we had lost all power, that there was no wind and that we were drifting towards a huge reef surrounding an atoll (roughly a 5 km long reef). Definitely not what you want to hear at 2 in the morning. No power meant that we couldn’t start the engines and with no wind, we couldn’t sail away. The waves were pushing us closer and closer to the reef, and things were starting to look a bit dire. I got all hands on deck and by hoisting every bit of sail we had, we managed to claw our way forward and avoided hitting the massive reef by a few meters. We could almost step down onto the reef from African Innovation (AI) when we rounded the reef and could drift/sail safely away.

When the sun peeked over the horizon a few hours later, the solar panels managed to charge the batteries sufficiently, so that we were able to fire up the engines and could get safely into Fakarava. We even caught a nice Mahi Mahi, so the slight delay was good for something!

We stopped briefly in the northern anchorage by the main town Rotoava, to buy some baguettes and to say hi to our friends on Nikita and Liquid Courage, before continuing to the south pass, where the real action was to be found.

I enjoyed the best freediving I’ve ever done, going on drift-dive after drift-dive through the south pass of the atoll. The coral there wa vibrant, colorful, active and filled with life. We saw an abundance of sealife, to the point where it was overwhelming. It really felt like you were swimming in a huge aquarium. Of bigger fish, we saw giant mantarays feeding, spotted eaglerays cruising by, a lot of sharks, Napoleon fish, giant groupers, tuna, LOT’S of colorful coral fish and did I mention a ton of sharks? We would ride the dinghy from the anchorage to the pass and drift either in or out depending on which way the current was flowing.

Though the free-diving was amazing, the scuba diving blew me away. When we dropped down to the bottom of the south pass, we saw things I’ve never seen before. The groupers had gathered in fantastic numbers to mate and it’s no joke when I say that there were way over 20,000 covering the coral like a living carpet. That was still nothing compared to when we met a virtual wall of sharks. There were black-tipped, white-tipped, silver-tipped and gray sharks in incredible numbers. They were just cruising around and sometimes got a little bit too close for comfort. The video of the top gives you an impression, but it doesn’t get close to explaining the awe you feel, when you’re surrounded by hundreds of sharks, all of them bigger than you. 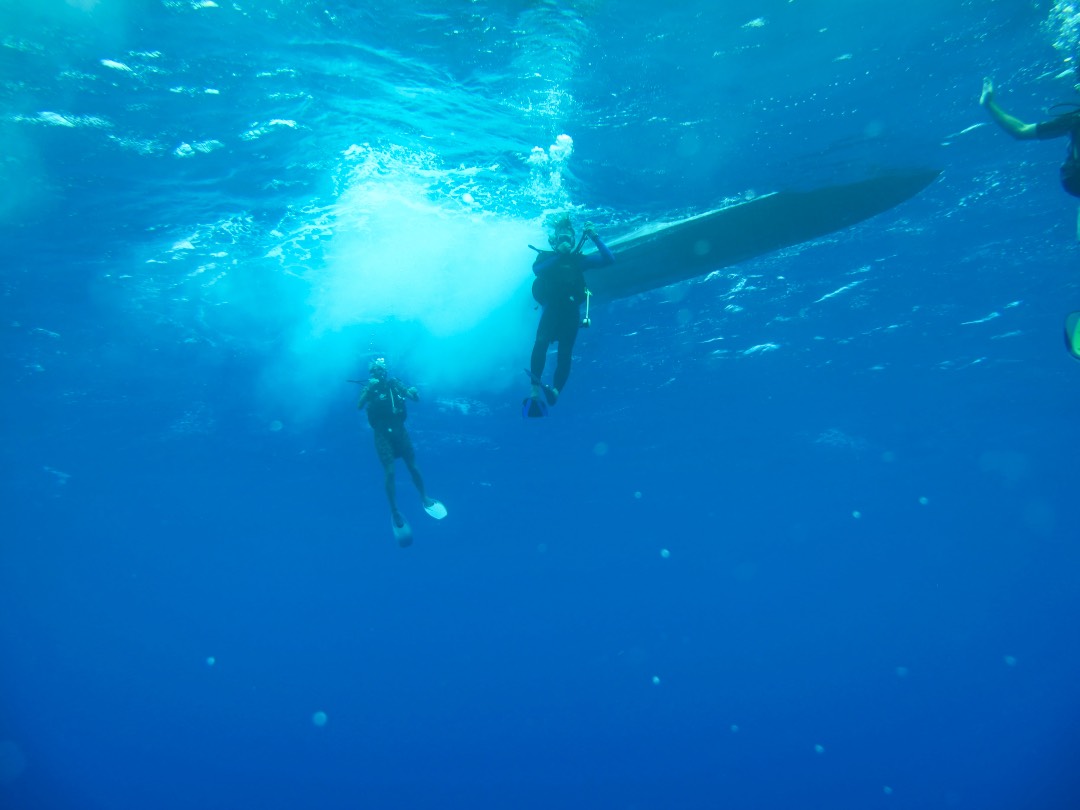 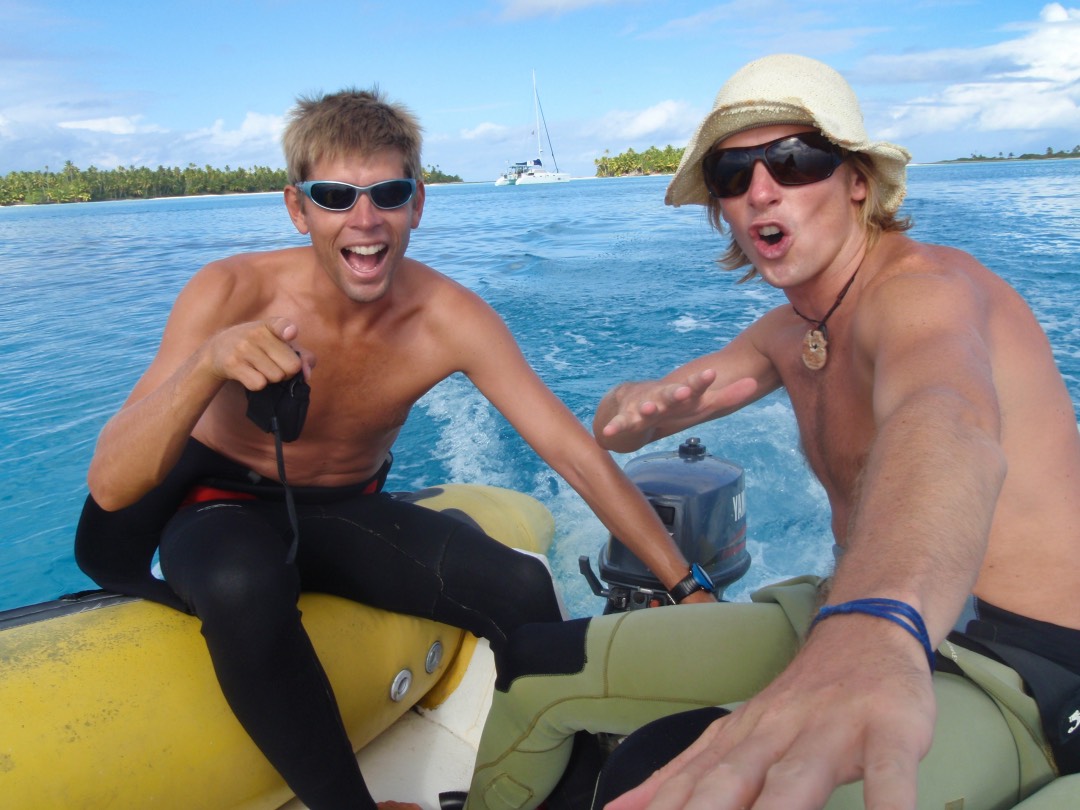 In addition the spectacular diving we hung out with other boats we had met over the last few months: Quartermoon, Liquid Courage, Nikita, Haze and Go Beyond. As has almost become a tradition, we did some awesome bonfires. Everyone brought some food, we brought our BBQ and then we had a proper cook-out with delicious food and ample amounts of beer and rum. 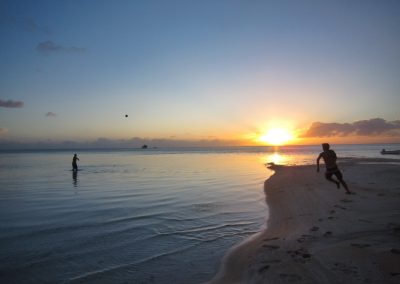 It wasn’t calm and easy life the whole time we were there, as the wind picked up quite a bit and we had to stay close to AI. This worked out well, because it also started pissing down, so we invited Haze and Liquid Courage over for a couple of days of dinner, drinks and games… and a bit of dancing.

Without hesitation I can say that the Tuamotos are the most awesome grounds for sailing I’ve ever had the pleasure of sailing in. Besides hanging out on South Fakarava, we also hung out more in the North anchorage, where we had a couple of spectacular scuba dives. Then we headed over to Tuao where we spent another amazing week, filled with freediving and exploring, where the definite icing on the cake were the new friends we made ashore.

Everyone onboard fell completely in love with Fakarava and it will always have a special place in my heart, because it really blew me away. It’s places like the Tuamotos that makes all the hardships of crossing vast oceans worth it. I love the place and can’t wait to come back! (Incidentally, I returned 7 years later with Stella Polaris: you can read more about that here.)