Seeing the sights in Korea 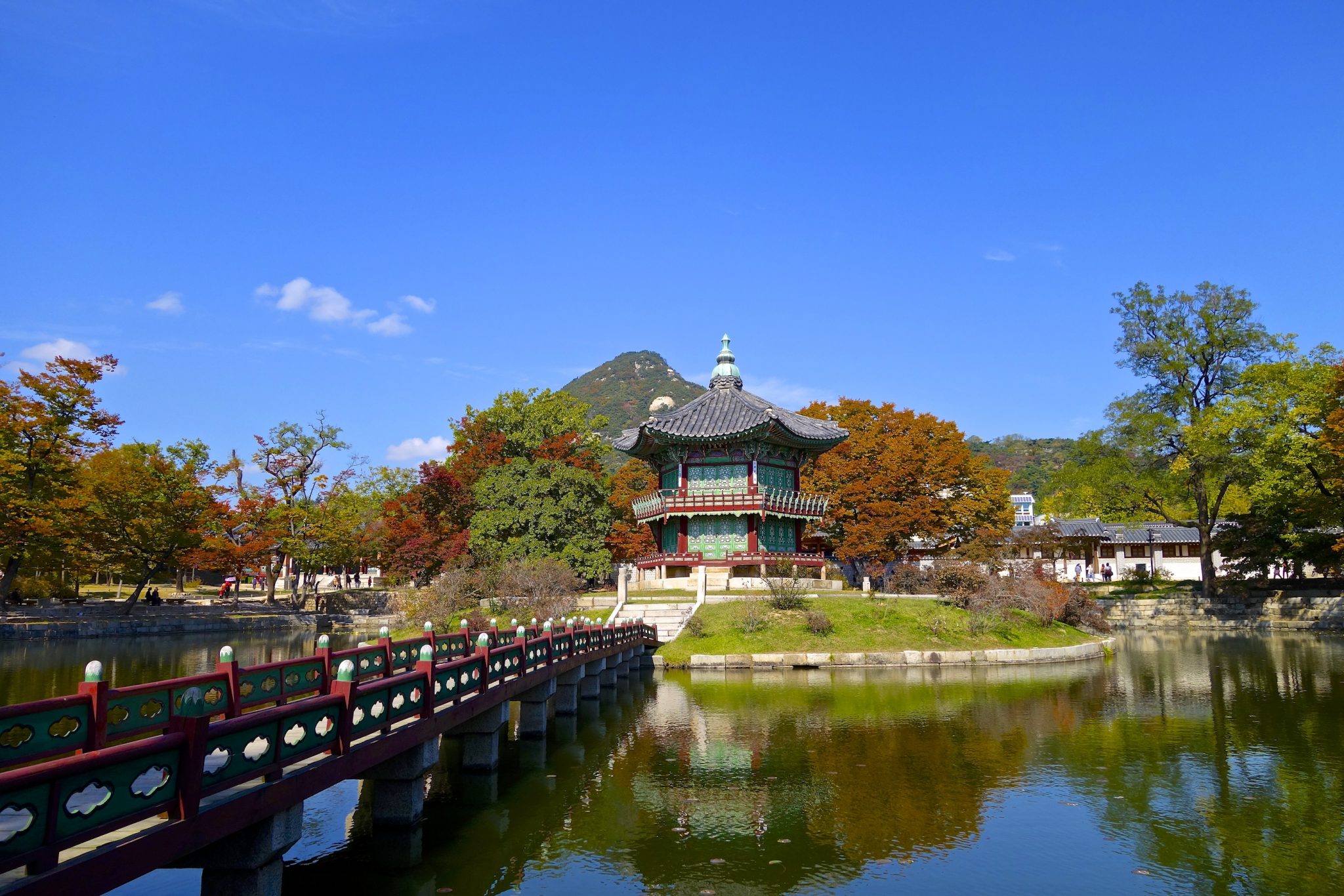 It’s not every day you get to fly halfway around the globe while someone else foots the bill. I had to go to South Korea to join my new ship, but I asked my company to fly me out a week early, so that I could have a little vacation first. Here’s how it went:
I landed in Seoul early in the morning and jumped straight onto a bus to Anguk where I had reserved a room at Seoul Guesthouse. Seoul Guesthouse was a traditional, old style guesthouse, with paper thin walls, communal bathrooms and a mattress on a heated floor in a tiny room. I loved it. This particular guesthouse is unfortunately no more, because on my second day there, the police showed up, evicted the owners (apparently they hadn’t been paying rent for quite some time) and threw their stuff out of the guesthouse and left it outside. This threatened to leave me in limbo, but I was allowed to spend another two nights there, before I moved down to Itaewon or what will forever be known as “party central” in my eyes.

While in Anguk I spent my time sightseeing, looking at old palaces, parks, museums, galleries and eating delicious Korean food. I’ll be honest: I had no idea what I was ordering, or how to eat what they served me, but after looking like an idiot for a little while, the waitresses usually took pity on me and showed me how to eat the food. Usually the whole kitchen and restaurant would be giggling, so I felt like a proper comedian. Thank God for beer. The result was always stellar, because I got excellent service and food, and learned how to avoid looking like a tourist in the future.

One of the highlights of my Korea trip was the trip to the Demilitarised Zone (DMZ). Before arriving I had booked a trip with USO (US Military), which was fortunate, because they sell out weeks in advance. They drove us from Seoul straight to Camp Bonifas, where we got a short briefing about the history of the DMZ, before they took us up to the Joint Security Area (JSA). We got to go into the blue building where all the top level meetings between North and South Korea takes place. The building is divided in two, so that half of the room is in North and the other half in South Korea. The conference table in the middle is right on the border, so that the dignitaries won’t need to cross into the other nation. I naturally crossed the border to North Korea and got a picture next to the soldier there. The inside of the building is guarded by ROK (Republic of Korea) soldiers from South Korea. They are all 6 feet tall and have a minimum of black belt in Tae Kwon Do, in addition to normal weapons training. You knew they are bad ass, just by their aura of authority. When we were outside taking pictures, a North Korean soldier came out and examined us with binoculars from their side of the border. It’s nice to know that my picture probably adorns a file in the North Korean equivalent of Stasi.

When Friday rolled around, I left Anguk and moved into [email protected] Guesthouse in Itaewon. It was time to sample the Seoul Nightlife. On my first night I went into the creatively named Seoul Bar at 10pm and spent the next 8 hours having a solid session of drinking, making a bunch of new friends and feeling like Seoul was the friendliest city in the World. When I woke up in the afternoon I had a most unfriendly hang-over, but as luck would have it, I started chatting with Nick (another guy at the hostel) and we decided to rectify the situation with a few beers. When we got out on the street we quickly realised that it was Halloween, because everyone, and I really mean everyone, except for us, were dressed up. I was blown away by the sheer number of people out in the streets, crowding the bars and rocking it out in the nightclubs. This was like Mardi Gras in New Orleans (unfortunately, minus the tit flashing). Every bar was jam packed and it was a real festive time to be out and about. This session also lasted till after sunrise and the hang-over was equally severe.

In spite of a rough hang-over, I over over to take in the Korean War Memorial. As far as museums go, this was excellent. I learned a lot about the Korean War and was impressed with how well everything was made. It was well worth the couple of hours I spent there.

Nick and I headed up to the North Seoul Tower, to enjoy the view from the top at sunset. We hadn’t anticipated quite how popular it would be and had to wait in line almost two hours for the elevator ride to the top. It was dark by the time we got up there, but to be honest I think it looked even cooler. I got a Blade Runner feeling when looking down at Seoul.

The next day it was unfortunately time for me to jump on a plane to Ulsan, where I would be joining my new ship. Seoul was awesome and I really enjoyed my week there. I would go back in a heartbeat and would like to see more of the surrounding area the next time.

Here are other posts you'll enjoy: