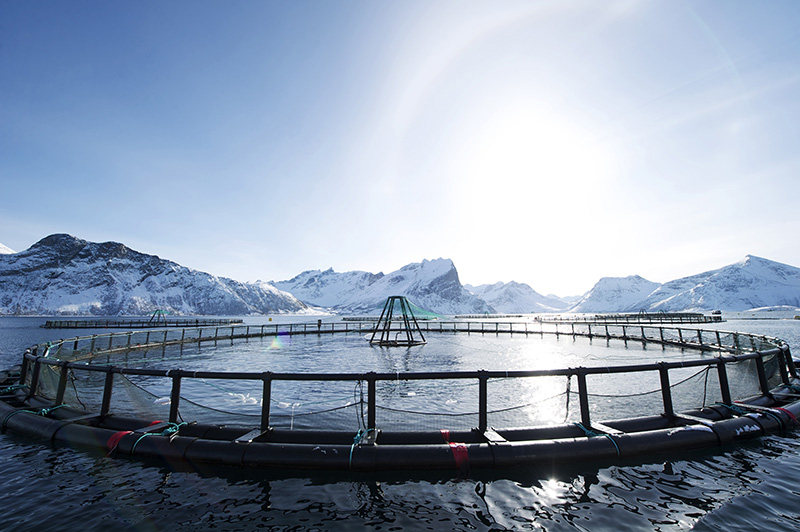 I have seen just how destructive fish farming can be to an ecosystem home in Norway, so when I heard that the Chinese have just been given permission to start fish-farming in French Polynesia, I was outraged. We are anchored in Hao in the Tuamotos and after talking to locals, we found out that the Chinese will start a pilot project, establishing a fish farm in the lagoon.

I understand the appeal of fish farming here: The depth is ideal for setting up the anchors, because it’s never deeper than 50 meters. You don’t get much fetch inside the lagoon, so the wave-state should be manageable for most ties of the year. The weather is stable and there is a lot of nutrients in the lagoon water. With only one pass in and out of the atoll, it’s almost like a closed ecosystem. Since the French closed their naval presence here on Hao in 2002 (Hao was the main support site for the nuclear tests on the Mururoa Atoll, read more about that here), the main income for Hao has been pearl farming, so the extra income from fish farming probably seems lucrative, but they have to fight the urge to allow it.

If the fish farms in Norway, Canada, Scotland and Chile can be any indicator for what will happen here, the future is not bright. In Norway we have polluted our fjords, completely decimated the population of wild salmon to the point that if we don’t stop fish farming, or at least seriously scale it back, the wild salmon will be extinct within 5 years.

The fish farms in Norway have infected the surrounding areas with virus and parasites. This happens when farmed salmon escape during storms or because of human error and they infect the wild salmon with the same diseases they have. You can argue that the atolls in French Polynesia have more benign weather than we do in Norway, but during typhoon season the atolls can be hit by terrible winds and you can guarantee that fish will escape from the pens. Also the immediate surroundings of the pens in Norway bear witness to how unhealthy fish farming is to the ecosystem surrounding them.

The eco system inside the atolls is a fragile system and introducing fish farms here is guaranteed to shift the balance in an unfavourable way, where both the fish and the reefs will be affected. One can only hope that the Chinese will be conscientious enough to see what they are doing to the surroundings when they start their pilot project, but if history is anything to go by, the hunt for profit will trump everything.