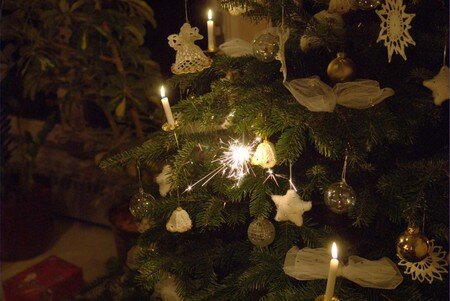 At exactly 11:00 a.m. I opened my eyes and noted that I was fully dressed in bed. That the room was spinning indicated that I was in the preliminary stages of a severe hang-over. What was supposed to have been a quiet night out had ended with all-out drinking in my favorite Martini bar in Chaoyangmen. Normally this would not be a problem, as I could just close my eyes and continue sleeping. Not today. In 30 minutes I was scheduled to be picked up by Tine and go to the airport. As I had yet to pack, it meant that I was in a bit of a rush, not to mention that I should shower first, as I didn’t want to make a poor impression when I met Steffie in Munich. 45 minutes later I was in a taxi on my way to the airport, showered, shaved and with a fully packed suitcase. I even managed to squeeze in time for a bowl of cereal. Tine was not so proud of her packing when she later remembered that she had forgotten to bring her Christmas presents amongst numerous other things. This proved that it’s better to pack in the morning when you wake up, than at 5 a.m. when you get home from the bars. The flight itself was nice; I sat next to Sebastian a friendly German architect that helped me get over the hang-over with a few motivational beers. Upon landing in Munich it was fantastic to see Steffie again. Though three months had been a long time apart, it was all worth it when I saw her again. We had a quick coffee with Tine, who was flying on to celebrate Christmas in Belgium, before we jumped in the car and drove to Carinthia in Austria, to the small village Finkestein.

I have to admit I was a bit nervous about celebrating Christmas with Steffie’s parents. Not because I thought they would be horrible, but because I really didn’t know what to expect. As it turned out it was wonderful. I received a warm welcome not just by her parents and brother Hannes, but by everyone I met in Finkenstein. Granted there are only 150 people living there, but I had the feeling that most people knew I was coming. I arrived on the 23rd and already next morning it was Christmas. I received a stocking filled with Austrian chocolate and a book about Tibet written by Heinrich Harrer (Austrian mountaineer), the guy Brad Pitt portrayed in “7 years in Tibet”. After breakfast we headed in to Villach to look around and enjoy some mulled wine.

We meet up with friends of Steffie and enjoyed a few beers,

before we headed back to Finkenstein to prepare for Christmas dinner. I had to wrap all my presents, because amazingly enough gift wrapping paper was impossible to find in Beijing. Christmas dinner was superb. We had Italian Bresaola with rucola and Parmesan as a appetizer, followed by an entire trout each as main course. We finished the meal with home made ice cream with honey, nut and raisins. Very tasty! After dinner it was time for presents. The Christmas tree looked really nice and to my surprise they not only had real candles on it , but also suspended Chinese Candles off the tree that they lit up: A nice fire-hazardous Christmas tradition that got me in the proper spirit. Afterwards the family lined up and with Steffie on guitar they sang a few Christmas songs. I even added my feeble vocals to the singing. Then we dove into the presents. I was more than happy with my share and as if I’m not having enough difficulty learning Chinese, I got a Spanish course to top it off, so my linguistic learning abilities will be tested to the fullest in the coming year.

Afterwards we enjoyed some cakes while polishing off bottle after bottle of delicious schnapps. I did not miss the Norwegian Aquavit.

The next day we had a late breakfast before we drove up on mount Dobratsch, where we went for a nice long walk in the snow. Contrary to what you may think Austria was not covered with snow and we needed to go to the top of a mountain to find 10 cm worth. The weather was gorgeous and though the fog hung like a wet towel over the lower valley, it was beautiful up there. After our little hike, we returned home and had a traditional Swiss dinner: Raclette. The next door neighbor Hannes and Martina, Steffie’s best friend, joined in on the fun. I ate till I was about to puke, that’s how delicious it was. The next day was unfortunately my last day in Finkenstein. We first had a very tasty lunch/dinner (lunner???) in the village restaurant.

It was funny, because everyone knew everyone there and though I didn’t, they were very inclusive. After another meal where we once again stuffed ourselves to excess, Steffie and me went for a nice walk to let the food settle. In the evening we meet all her friends and went eisstock schiessen … basically a traditional Carinthian game that resembles curling, but is slightly different. Needless to say it was fun. Especially since I wasn’t totally crap at it, though I suspect that was more due to luck and a few beers than actual skill. The next morning we were up at 4:30 a.m. and started on our journey to Norway, where we went to celebrate New Years.